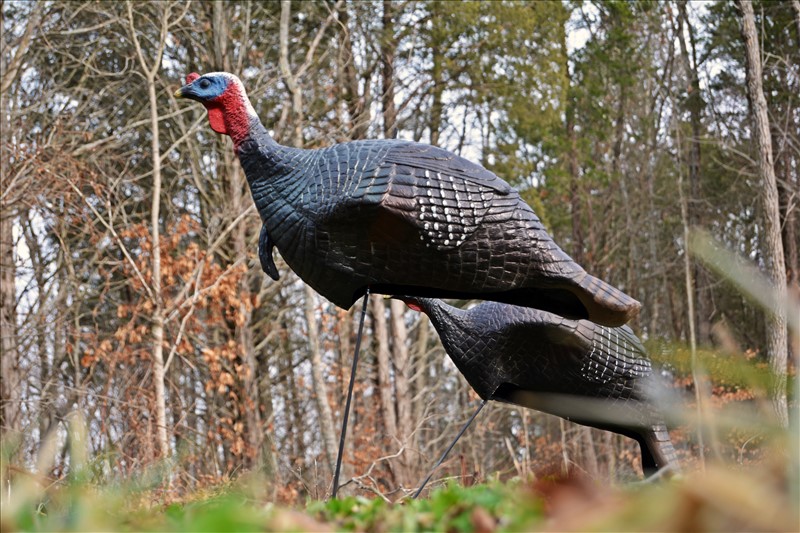 Everyone has got it. That magic spot on their property. That go to spot that means success nearly every time. What’s the reason behind the success for this spot? For deer its food, does, or a funnel. For big bass, that ledge or boat you and Billy Bob accidently sunk two years back. So what makes a spot for turkeys? Usually that go to spot is called a strut zone.

Out of the many turkey hunting tactics the two perhaps most used are roosting birds, or setting up in a strut zone. If you’re used to roosting birds you know what success it can get you, but you probably have experienced plenty of unsuccessful sets too. So what happens when you don’t get the bird on those sits? Well plenty of things like you’re a terrible sounding hen! Maybe not, but many times it is because that tom expected you to come to him or moved on entirely and went straight to the strut zone. Why? Because he knows that’s where the real hens are or will be. Why are the hens there? Simply put its food, which could be your ridge tops, weedy crop fields, clover or perennial plots, big bottom fields, logging roads or anything else similar.

Places hens go, are the places that toms will go. Toms will often fly down and instantly set a path for that zone. If he doesn’t he will check it at least once during the day if not a couple times. This makes strut zones perfect for setting up with a blind and decoys. If you pay attention to your property odds are you know an area exactly like this. If you haven’t identified one look in those locations for turkey sign like tracks, parallel wing drags, droppings, and feathers.

When you see the power of strut zones you’ll be hooked, its fun hunting. The best part is that it’s a proven hunting tactic. Even if you kill the only tom you’ve seen all year, another will replace because it’s a hot spot for hens. That means success year after year, making it that magic spot!